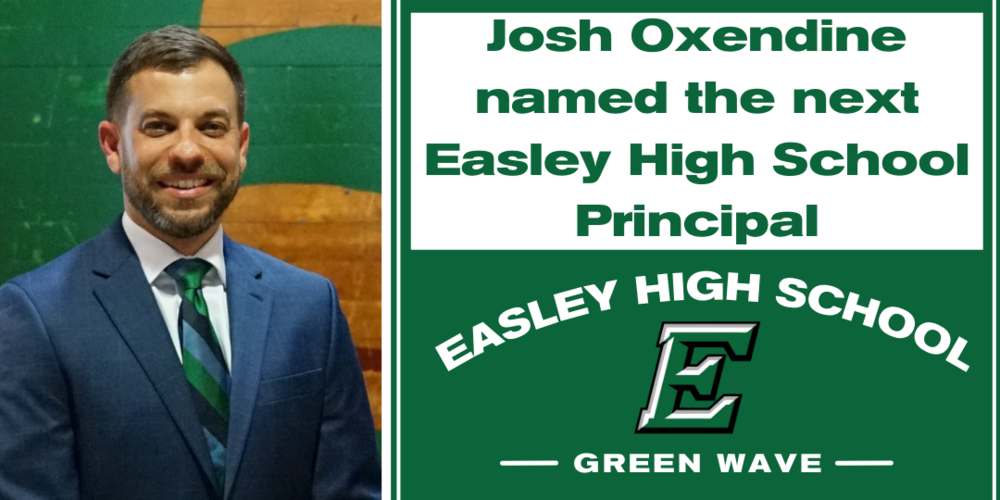 On Monday, February 14, 2022, the School District of Pickens County Board of Trustees approved the Superintendent’s recommendation for Mr. Josh Oxendine to become the next principal of Easley High School effective July 2022. Following the upcoming retirement of the current principal, Mr. Gary Culler, at the end of the 2021-22 school year, Mr. Oxendine will become the Easley High principal. 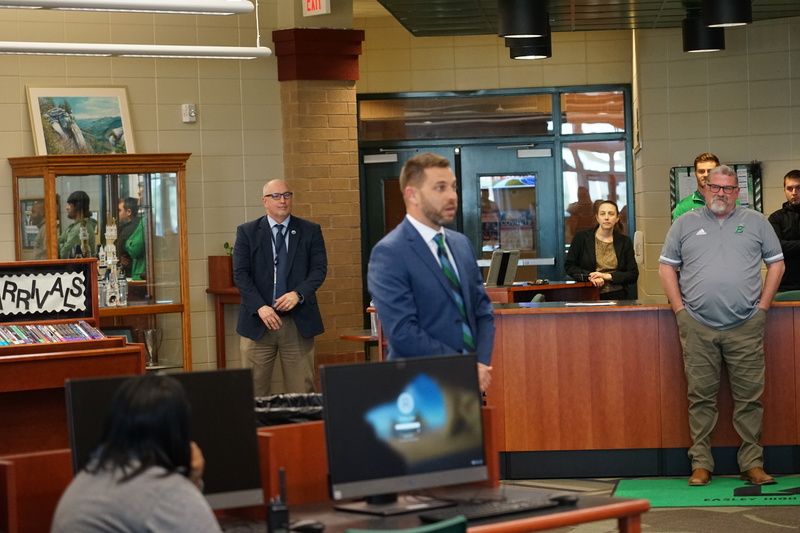 “This is a great opportunity for Mr. Oxendine and today’s announcement is bittersweet due to his growth and positive impact at Liberty High School,” said Superintendent Dr. Danny Merck. “During his tenure, Mr. Oxendine has helped lead Liberty High to new heights in many areas including graduation rate, academic achievement, and opportunities for students in the Liberty community. Having worked in the Easley, Liberty, and Daniel attendance area, he is well prepared as a veteran principal and we are very excited to see what he will do as leader of Easley High in the future.”

“I want to take this opportunity to thank the Liberty community for allowing me the extraordinary opportunity to serve as the Principal of Liberty High. My seven years as Principal combined with the students, staff, and families that I’ve had the opportunity to interact with will be treasured memories,” said Mr. Oxendine. “I am grateful for the opportunity to grow as an educational leader in a great school district and serve at EHS. The Green Wave Family has been so important to me and my family. I am honored to be given the opportunity to lead Easley High. I am also thrilled to follow Mr. Culler, who has been a mentor to me throughout my career. I look forward to continuing to build on the success that he has had during his tenure at EHS.”

Mr. Oxendine is currently principal of Liberty High School, where he has served as principal since 2015. Before this, Oxendine was assistant principal at DW Daniel High School. In the spring of 2014, he served as interim principal at DWD as Dr. Merck transitioned from principal to superintendent. Before becoming an assistant principal, Oxendine was a graduation Coach at DWD. He began his career in 2005 at Riverside Middle School in Pendleton, where he taught Social Studies, served as co-athletic director, and was named the 2011 Teacher of the Year. Mr. Oxendine completed his student teaching experience at Easley High School in the spring of 2005. He holds a B.A. in Secondary Education and a Master of Education, Administration and Supervision degree from Clemson University. He is currently pursuing an Education Specialist degree in Educational Leadership from Clemson University.

As principal, Mr. Oxendine led Liberty High towards gradual improvement of its graduation rate leading to its highest rate ever along the way. Working with students, teachers, and the community through partnerships such as mentoring, Liberty High has been able to sustain graduation rates above 80% for several years, having never reached that point prior to his arrival.

Under his leadership, many areas of academic achievement have been reached as well, including leading the district in career readiness indicators for school accountability thanks to a school-wide focus on preparing students for their future after high school. Other areas of success include planning and implementing new math curriculum which helped LHS lead the School District of Pickens County in math achievement during the 2020-2021 school year.

Since he arrived at Liberty High, Mr. Oxendine has worked to ensure that students in Liberty gained access to the same educational opportunities available to students across the district. Through an increase in Advanced Placement courses, Liberty High tripled the number of students exposed to rigorous curriculum in preparation for college. The development of a virtual classroom platform to allow students to participate in classes being offered in other schools across the district has provided unique opportunities for students as well as allowed LHS to share great instructors with other schools.

Oxendine comes from a family of educators and has deep roots in Easley. Both of his parents, Tom and Mary Beth Oxendine, were educators in Pickens County. His father was a beloved and treasured member of the Green Wave faculty as a teacher at Easley High School for 33 years, his aunt, Vicki Oxendine, was a guidance counselor at EHS for 10 years until her retirement, and his sister is a member of the McKissick Academy of Science and Technology faculty in Easley.

Oxendine, his wife Alisha, and their three children (Banks, Lucy, and Ava) currently reside in Liberty.

Mr. Oxendine begins his new role on July 1, 2022 as Gary Culler retires in June. Culler has been with the School District of Pickens County since 1999 and is currently in his 8th school year as principal at EHS. “The positive impact that Gary has had on thousands of students and families in our community is undeniable, and we’re extremely grateful for all he’s done at Easley and during his entire career,” said Superintendent Danny Merck. 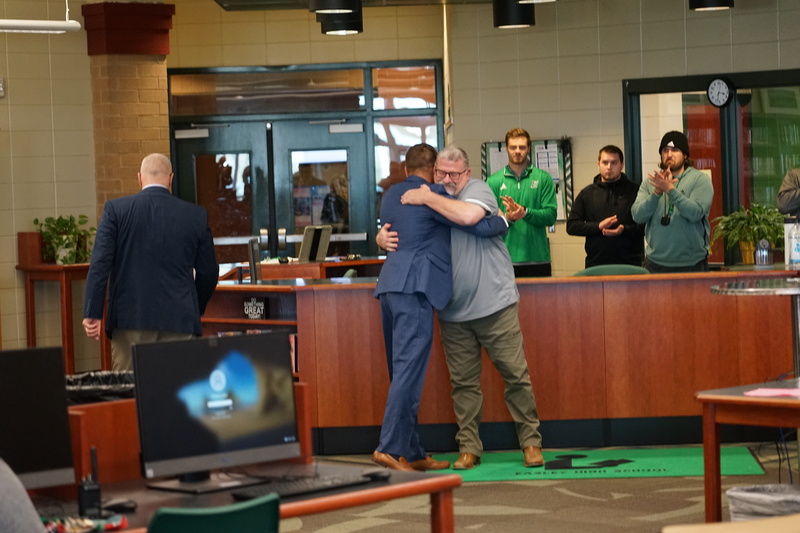